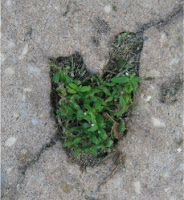 The other day I started watching Al Gore’s An Inconvenient Truth out of curiosity.  I have to confess, I didn’t finish it.

Somewhere in the middle of one of the many ‘Gore Is Awesome” video montages, I started wondering if he really practiced what he preached.

Maybe it was all his name dropping and political grandstanding, but somehow he just didn’t strike me as an environmental hero.  One final yawn and I turned to google.

Ages ago I remember reading about Al Gore being the energy equivalent of Jabba the Hut, glutting in over consumption while preaching green, so I started there.  Interestingly enough, I find I’m not the only eco hypocrite skipping around the globe.

I could go on, citing his huge electricity usage, opting for fuel sucking jet travel over more eco choices and his collection of mansions, none of which are set up to be considered ‘green’, but you know how to use google.  See for yourself.  On a funny note, if you type “hypocrite” into google images, Al’s on the first page.  The inconvenient truth Al worries about, I imagine, is his own.

The bottom line is that if Americans use up to 10 times the natural resources over any other nation, then Al is the US poster child of consumption.  I think maybe, as far as eco hypocrisy goes, Al Gore gets the last word.

Angela Yuriko Smith is an American poet, publisher and author. Her first collection of poetry, In Favor of Pain, was nominated for an 2017 Elgin Award. Her latest novella, Bitter Suites, is a 2018 Bram Stoker Awards® Finalist. Currently, she publishes Space and Time magazine, a 53 year old publication dedicated to fantasy, horror and science fiction. For more information visit SpaceandTimeMagazine.com or AngelaYSmith.com.
View all posts by Angela Yuriko Smith →
This entry was posted in Eco Confession and tagged Al Gore, An Inconvenient Truth, Earth Hour, energy saving, environmentalism. Bookmark the permalink.