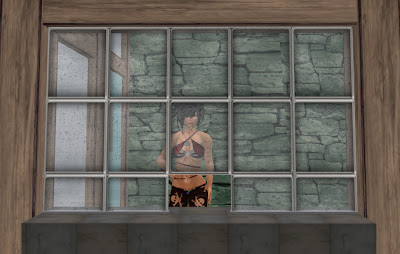 Obtaining my visa is a lot like running a marathon.  It is a huge, exhausting undertaking, everything turns out to be much farther then it looks, and at the end of it I’m starving and I need a shower.  My recent finger printing misadventures were no exception.

In the beginning, my goal was to obtain a set of my fingerprints so that the FBI in America could do a back ground check on me.

Of course I googled what I needed to do and where.  Apparently it was a very simple process as simple as going into any police station and they could do it for me.  In, part with a small fee, and out.  If I could have only been prepared for the hysterical farce that was ahead of me…

I had called ahead to ask about getting my fingerprints taken and the officer I spoke with confirmed that I could walk in and get my prints done on the spot.  Elated, I headed for the nearest police station.  After waiting at the grimy, print smeared window for half a minute an officer came to assist me.  I stated my need, fingerprints, and gave him a bright smile.

He smiled back and told me I was in the wrong station, and I had to get the prints taken somewhere else.  When asked where he looked at me annoyed and enunciated, “at another police station.”  My smile vanished for an instant as I explained to him that I had two reliable sources (google and an unnamed officer) that said he did do prints at this station, and he must be mistaken.  To further prove my point I referred to the yellow sign taped on the inside of the glass where it clearly advertised fingerprinting for $107.

He listened to me without expression, and when I pointed to the yellow sign he merely leaned forward and said, “Oh, is that what it says?”  My smile returned, certain that communication had taken place.  “Huh… we don’t do fingerprints at this station.”  I realized at this point that we were going nowhere and the term ‘public servant’ was perhaps a misnomer.

I had done my research even better, going beyond google’s infinite resources by contacting the actual Bureau of Fingerprinting itself.  I had been given a list of stations that did fingerprinting, told to bring clear identification and there was no appointment needed.  Armed with my documents and $107 I headed off (again) to the nearest police station.

Despite it being early on a public holiday, there were already a few people ahead of us.  Judging by the smell of alcohol and the loud and obnoxious way they were calling for some “assifers” (not joking) to assist them, I didn’t think they were there for visa fingerprints.  When the officer in charge had finally shooed away the small crowd it was our turn.

Confident and armed with new knowledge, I told him about my need for prints and handed over my passport.  He looked at it, ruffled through the empty pages and flipped it over to look at the back.  He turned it back to the front and studied where it said Passport in gold letters.  He handed it back to me.

“Do you have a form?”
“Um…no.  I was told my passport and ID were enough.”
“Nah…you gotta have a form, something official with letterhead or some such.”
“Well…no one has sent me anything like that.  Can I borrow a computer to check the email again…or do you have forms here?”
“Nah… they have to have letterhead.  Or some such.”

We looked at each other.  I picked up my passport and explained in great detail how the the office I had called didn’t mention a form, despite my many detailed questions.  He told me to contact the Fingerprint Bureau.  I explained to him that was indeed who I had called.  He explained the need for letterhead… or else “anyone could just come and get prints done.”  I wondered why that would be a problem.

After another 10 minutes of talking in circles it became apparent that absolutely no fingerprinting was going to be done by this individual at this station, despite whatever the Fingerprint Bureau had promised.  We left, disillusioned and disheartened… and printless.

I had done more research.  I had re-called, gotten the same information, and had an email to confirm what I had been told.  I had printed the form from the police website, and had it filled out.

Feeling edgy and dangerous, we marched into the same police station yet again.  The crowd was much larger and animated.  It was standing room only and from the gathering at hand I determined that only angry people visited police stations.  Based on my personal experiences, I completely understood why.

Upon reaching the head of the line, I told a new officer my need for getting prints, and started presenting all my information.  She agreed with me instantly, completely understood where I was coming from and directed me to go to “the cells” to be helped.  Ecstatic to be making such good progress, we were beeped through a scarred and filthy door to enter a small room furnished with nothing but cheap plastic chairs and a glaring woman.

The counter officer there, ensconced behind a thick wall of bulletproof glass, heard our request and directed us to wait while they processed someone.  Beaming, we sat back to relax, read graffiti and avoid making eye contact.

A good thirty minutes later a friendly officer came to take us back.  “You paid and have all your documents certified?” he asked.  Our smiles slid off our face like grease on hot glass.  “We were told to come in…by the desk officer… fingerprints…have passport…”  I trailed off and gave him the saddest puppy dog eyes I could muster up.  He chuckled.  “Yea, well, sorry ’bout that!  You’ll have to go take a number and pay before we can get your prints done.  No worries!”

I broke eye contact before the malice seething in my soul spilled out to be seen, wordlessly marched to the counter only to be told to sit down and wait to pay.  I sat.  The new officer at the desk sat.  The line was gone and there was only us and a woman who had just had her car backed into at a drive thru.  I smiled at the officer and wondered who we were waiting on.  She stared through the sliding doors into what was now night, intently studying the moths.

A good thirty minutes later a friendly officer came to the desk and beckoned to us.  He looked over my paperwork, nodded a bunch and asked if I had a form.  I slid the one I had printed over and he studied that and nodded a bunch.  “Here…” he said pointing to a mistake I had corrected.  “Do you need a new form to correct that?”  He reached down under the desk and pulled out a form identical to the one I had given him.

I was shocked.  “But you don’t have those forms here,” I stuttered.  “We came Monday and were sent away…cuz you don’t have the forms…”  The officer smiled at me as if I were a simpleton.  “Of course we do, we have a whole box here marked ‘fingerprinting’.  I decided to say no more while he verified my documents, photocopied and stamped them all and dated everything.  He handed me a stack of papers and shooed us back through the doors marked “the cells”.

A good thirty minutes later a new friendly officer came to take us back.  He nodded at all our papers, looked at my receipt and walked us into the back where he entered information in a computer and I washed my hands, ready to finally be printed!

As I was drying my hands a less friendly looking officer popped his head around the corner.  “We got a live one.”  Through an open door we could hear a man’s voice cursing, punctuated with the sounds of scuffled thumps.  The friendly officer ushered us back to the original waiting room while he helped contain the incoming trouble.  We slouched back, leaving all our paperwork next to the print machine because it was too valuable to leave police custody.  We waited, listening to the sounds of desperate anger coming from the walls beyond, and utterly sympathized.

A good thirty minutes later our officer came back and retrieved us.  We all but pushed him down the hallway ahead of us.  Paperwork waited, I rewashed and prepared to print, hardly daring to hope that our quest might be at an end.  Printing was accomplished quickly with no more hold ups, and I was handed our stack of important papers and told we were all done.

“Don’t you need all these papers for your documentation?” I asked.  “Nah…you can keep ’em.” He answered.  Doubtfully I shuffled through them, noting that it was all the signed and dated copies that the first officer had carefully put together and wondered why all that bother if they were just going to give them to us… and then I decided I didn’t care.  We were done, and free to go.

Later I noticed that the documents we were given included the stamped and signed form to authorize my prints to be recorded, as well as the statement that I paid, even tho the amount recorded was wrong and didn’t match the receipt I was given.  I reckon I may be getting a call to bring that stack of paper back so they can process my prints but at this point I really don’t care.

The prints are done.  It took three separate trips of a combined six hours to accomplish it, but they are done.  And the entire experience taught me a few valuable lessons:

1.  The term “public servant” has absolutely nothing to do with service.
2.  When it comes to official business, it is likely that you and google may know more then your local officers.
3.  And finally, if you need fast service do a fast crime.

Angela Yuriko Smith is an American poet, publisher, and author with over 20 years of experience in newspaper journalism. She co-publishes Space and Time magazine with author husband Ryan Aussie Smith. For more information visit SpaceandTime.net
View all posts by Angela Yuriko Smith →
This entry was posted in Uncategorized and tagged fingerprint checks, fingerprinting, immigration, police. Bookmark the permalink.

3 Responses to My Visa Fingerprinting Misadventure