Preparedness: Coming Out of the Survivalist Closet 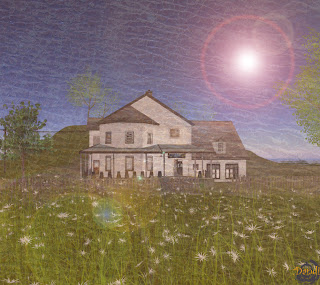 I ran across a post today by Dorothy H. about how her daughter emailed her with news that gasoline and groceries were getting in short demand in some areas of Texas.

This is not a post about the end of the world or of life as we know it, so please relax.  This is about preparedness.

Of course, the very term “preparedness” often brings up the image of a gun toting fundamentalist hoarding cans of beans in his basement shelter.  This isn’t that kind of post either.

I won’t say that I don’t believe in the world, I just don’t worry about it.  Armageddon could happen tomorrow, but if it does, being worked up today won’t help much.  The truth is, the end of the world happens everyday somewhere, and all we can do is be prepared and then stop worrying.

Recent events should be telling us that ‘preparedness’ is not just for fundamentalists anymore.  In the last few months several catastrophic earthquakes have devastated large swaths of our planet.  New Zealand, Japan, Indonesia, Chile… not to mention other non quake natural catastrophes such as the flooding in Australia or the blizzards in the US.  I’d say it’s safe to say that we seem to be going through a global ‘rough patch’.

The Federal Emergency Management Agency (FEMA), has been preparing for an upcoming catastrophic quake they expect to occur in 8 states, including Alabama, Arkansas, Illinois, Indiana, Kentucky, Missouri, Mississippi and Tennessee.

They have urged Americans to make their 2011 resolution “Resolve to be Ready“, and FEMA is already training ‘earthquake dogs’ and stockpiling emergency supplies such as ready to eat meals.  In January 2011 they ordered a supply of prepackaged survival meals in the amount of “14M meals per day” for 10 days.

This is the US Government, historically known for taking a pollyanna approach, and they think disaster impending enough to admit to the press and spend money preparing.  When the government cries wolf, I think it’s safe for the rest of us to take the term preparedness out of the realm of the crazy and into common sense usage.

Why Dorothy H.’s daughter is experiencing gas and food shortages in Texas right now, I have no idea.  What I have come to realize is our reliance on shops to supply our needs must shift to more self reliance.  Your area may not be hit directly with a catastrophic event, but as interconnected as the globe is, we all feel it, as in the recent salt shortages due to the radiation leaks in Japan.

Personally, I think you might find simple employee strikes and food recalls more likely to threaten your supply availability then natural disasters, but as events like the Hurricane Katrina aftermath seem to continually play out in our news it may be time to take FEMA’s advice to heart and “resolve to be ready”.

More soon on the difference and purpose between self sufficiency and stock piling.

Angela Yuriko Smith is an American poet, publisher, and author with over 20 years of experience in newspaper journalism. She co-publishes Space and Time magazine with author husband Ryan Aussie Smith. For more information visit SpaceandTime.net
View all posts by Angela Yuriko Smith →
This entry was posted in Uncategorized and tagged emergency supplies, FEMA earthquake, natural disasters, preparedness, self reliance. Bookmark the permalink.