When Blogging Gets Dangerous 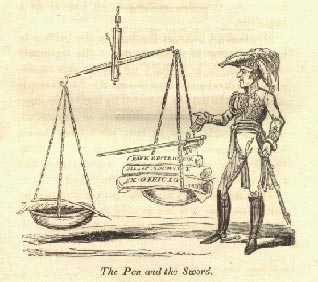 As an American citizen I enjoy freedom of speech, meaning I can say whatever I want and all the repercussion I have to worry about are angry comments and hate email.  That’s not the case for everyone in the world tho.

I was just reading about how blogger Maikel Nabil has been sentenced to three years in prison for voicing his opinions on the Egyptian army.  He was charged with “defaming the army and spreading false information”.

If bloggers worldwide could be charged and imprisoned for that I imagine the internet would be a lot quieter place to surf.  Saving money and complaining about your government seem to be topics of choice in the bloggosphere.

Unfortunately, Maikel doesn’t have the luxury of anonymously blowing off steam.  On March 28th he was arrested and imprisoned.  Neither he, nor his lawyers were present at his actual sentencing.  According to Human Rights Watch, the general in charge of the “Morale Affairs Directorate” accused Maikel of “inappropriate language” and said he “defamed the military, and that his calls for an end to military conscription would have a negative effect on the youth”

For that he gets three years in Egyptian prison, which Amnesty International describes as having “extremely poor conditions“.  There he will likely be tortured, and few will dare talk about it or risk being tortured themselves.  “Two news conferences by human rights lawyers in which torture victims testified — a subject that independent newspapers and satellite TV stations usually cover — received almost no coverage. Only a limited number of opinion writers in some newspapers and certain TV hosts have been willing to raise the issue of torture by the military,” Human Rights Watch said.

Mikail Nabil is paying dearly for voicing an opinion.  It makes me nauseous to think of what he may be enduring as I type this.  Selfishly, I can say I am grateful that when I express my opinion the worst fear I have is losing Facebook friends.  My world is centered around such trivia, I worry about getting a head while bloggers like Mikail worry about keeping theirs.

I am a priveleged child of the western world, full of rights and expectations, but the boundaries of tyranny are being toppled by technology.  The internet draws us ever closer, giving people like Mikail a voice we can all hear and respond to.

The pen truly is mightier then the sword, as evidenced by history, and with the pen now able to write truth globally, I hope that soon one day people of all nations can say that they are privileged children that live without fear.

Angela Yuriko Smith is an American poet, publisher, and author with over 20 years of experience in newspaper journalism. She co-publishes Space and Time magazine with author husband Ryan Aussie Smith. For more information visit SpaceandTime.net
View all posts by Angela Yuriko Smith →
This entry was posted in Uncategorized and tagged blogger, blogging, egypt, freedom of speech, Human rights, Maikel Nabil. Bookmark the permalink.