Diversity: How I found my voice 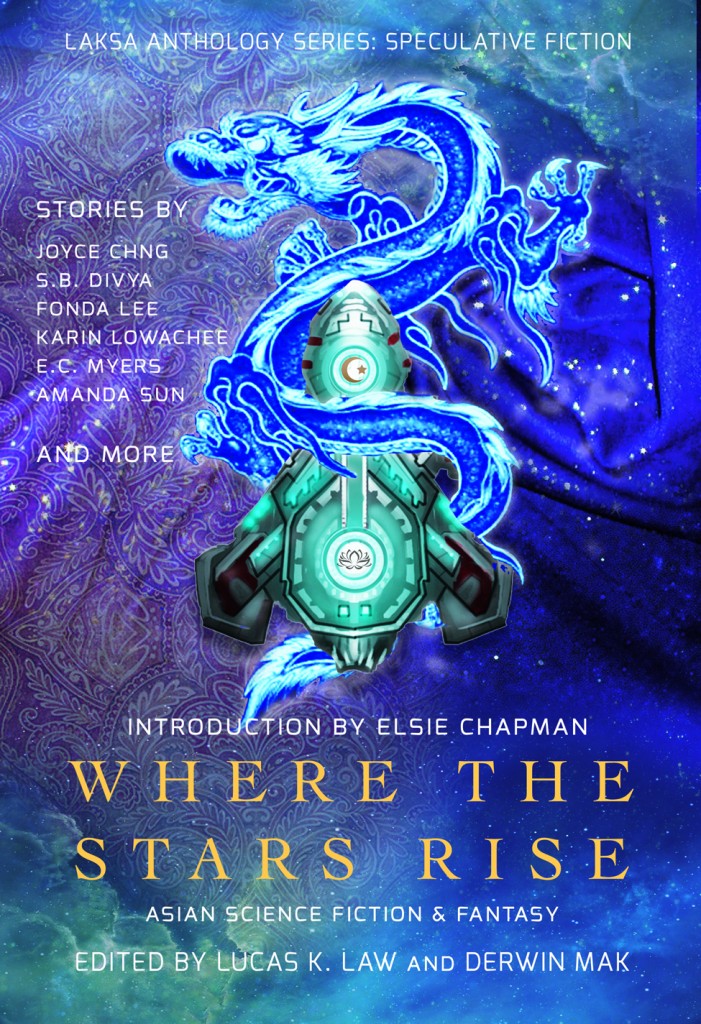 For me, it began with “Vanilla Rice,” a story accepted for Where the Stars Rise: Asian Science Fiction and Fantasy from the Laksa Anthology Series: Speculative Fiction. The call was for works of Asian diversity. I was encouraged to submit from a friend because of my Okinawan heritage.

I’d never written anything “Asian” before. It was something I was a part of, not something I wrote about. All my work prior to that was written from the Caucasian part of me.

I grew up reading Poe, Doyle and Alfred Hitchcock’s collections of short stories. I didn’t know what an Asian story would be, and I didn’t feel like I had enough experience with that world to write about it.

Instead, I wrote about the part of being Asian I knew. The mixed part—the kid who grossed out classmates by bringing cuttlefish and seaweed to lunch. I was the the myopic girl with the weird middle name that sounded like “eureka” who read far too much. Cheyenne, Wyoming in the 70s was primarily Caucasian. I thought that’s the way the world was.

In “Vanilla Rice,” I tapped into that dual existence. Meiko is the daughter of an internet purchase that was non-refundable. She grows up unwanted in a white world. When she becomes a mother herself, she wants better for her child. In her world it’s possible to alter infant DNA with Attribute Chips available in vending machines, so she does.

Her daughter is everything she wanted to be—blonde curls and blue eyes make her fit to be a cartoon princess. Of course, what we want isn’t usually what’s best for us. Katsue, her daughter, is another ill fitting puzzle piece in the system, despite having an altered appearance. As they both learn, it doesn’t matter who we think we should be. We can only be happy when we accept who we are.

I would have never written that story without the opportunity provided by Laksa Media. By encouraging voices of diversity, they allowed me mine. Like Katsue and Meiko, I also found out the value of self acceptance.

From that story, Bitter Suites was born. It isn’t an “Asian” story. It’s my story—mixed and awkward looking for a place to fit in. It’s about how different we all are, but our fears, motives and desires are cross cultural. The desire to be accepted is universal.

I thank Laksa Media for taking the stand to encourage acceptance. Because of it, I found my voice.

You can find out more about Laksa Media, and the important work they do, here.

Angela Yuriko Smith is an American poet, publisher and author. Her first collection of poetry, In Favor of Pain, was nominated for an 2017 Elgin Award. Her latest novella, Bitter Suites, is a 2018 Bram Stoker Awards® Finalist. Currently, she publishes Space and Time magazine, a 53 year old publication dedicated to fantasy, horror and science fiction. For more information visit SpaceandTimeMagazine.com or AngelaYSmith.com.
View all posts by Angela Yuriko Smith →
This entry was posted in #amreading, #AMWRITING, #KCLocal, #MakeItLocal, #ReadLocal. Bookmark the permalink.