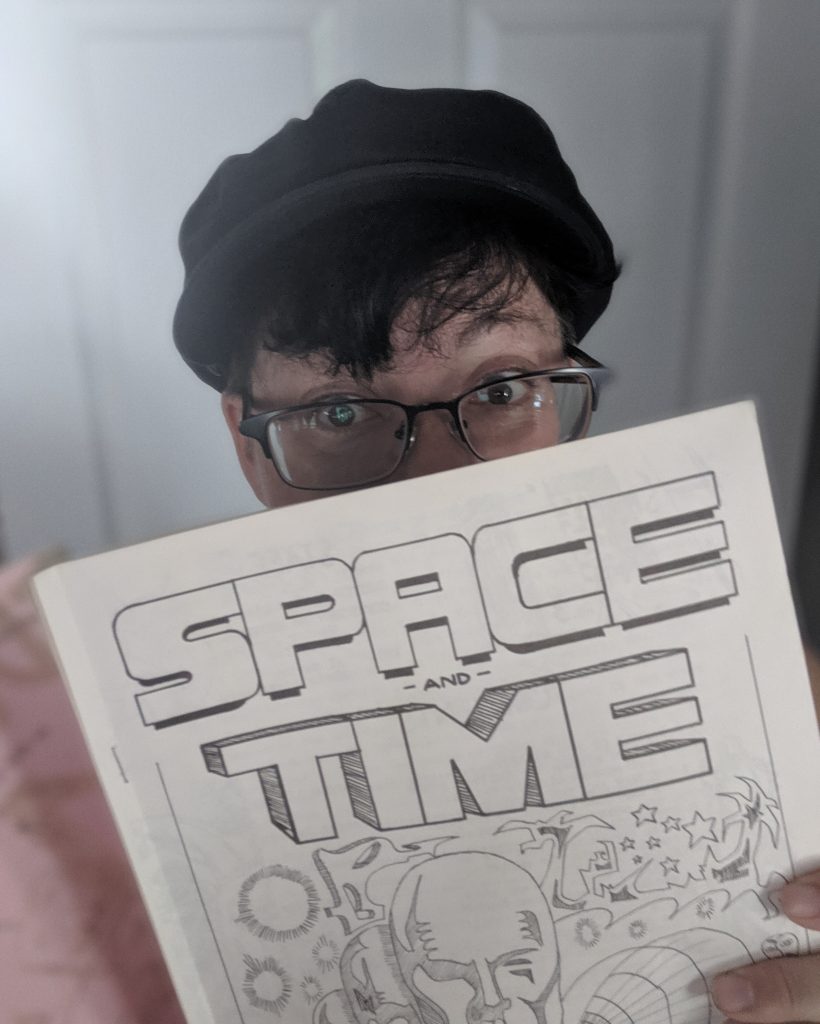 I hold in my hands an original copy of Space and Time magazine #3, circa 1968. No, you can’t have it (…but you can buy the digital back issue here). This is literary history.

The creation of a young Gordon Linzner, he was a new college student and the founder. Armed with a mimeograph machine, a group of like-minded friends and plenty of chutzpah, he became the father of Space and Time.

He didn’t let it go to his head, as you can read in this excerpt from the regular editorial feature, Open Orbit (p. 23).

…I enjoy reading Space and Time. Not because it’s editorially or factually perfect, but because it’s not. Nobody expects high school students with a limited budget to turn out an issue of Life single-handedly. Sure, sometimes you tend to ramble and some of your sentences are ambiguous and confusing. So what? You’re not Rod Serling—yet.

Actually, Lynn, we are now college students with an extremely limited budget, and you’d be surprised how many people expect, if not an issue of Life, at least a Worlds of If. We’d still like to thank you for your kind words, and if you can just convince 199 of your friends we’ll have a sell-out issue.

If I could go back in time I would visit an early S&T staff meeting. I imagine them sitting around a wilting cardboard box with the greasy remains of cheap pizza clinging to the sides, discussing literature and arguing semantics.

Nestor Jaremko and Larry Lee were both contributing editors while Al Saviuk and Alvin Dickerson did the art. Stories in this early issue were by Linzner, Jaremko and Lee joined by Willie White, Lenni Sedlak, Reef Freeman and T.V. Parodi.

The writing is raw, but fresh and innovative. This is fantasy coming to life, not just for the fictional characters, but for the real ones stapling pages in between their classes. If anyone had told Gordon that his DIY fanzine would last over five decades and be the first taste of being published for hundreds of hopeful authors, he probably would have scoffed.

For the first time, we are making the oldest issues of Space and Time available as digital back issues. This is the safest and easiest way to archive these historic publications and make them available to everyone.

Your purchase goes to the cost of printing, postage and paying authors and artists for their work as well as ensuring that Space and Time will continue to publish for years to come. Issue #3, and many other issues from the late 60s, are available here.

Here are the details of this issue: 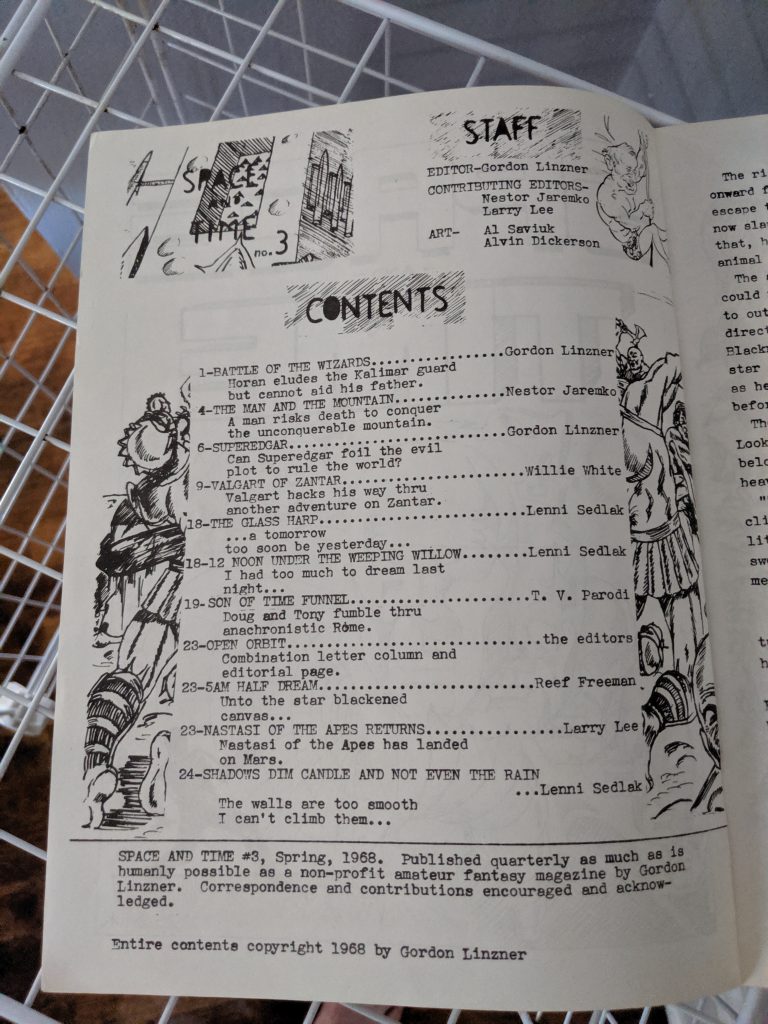