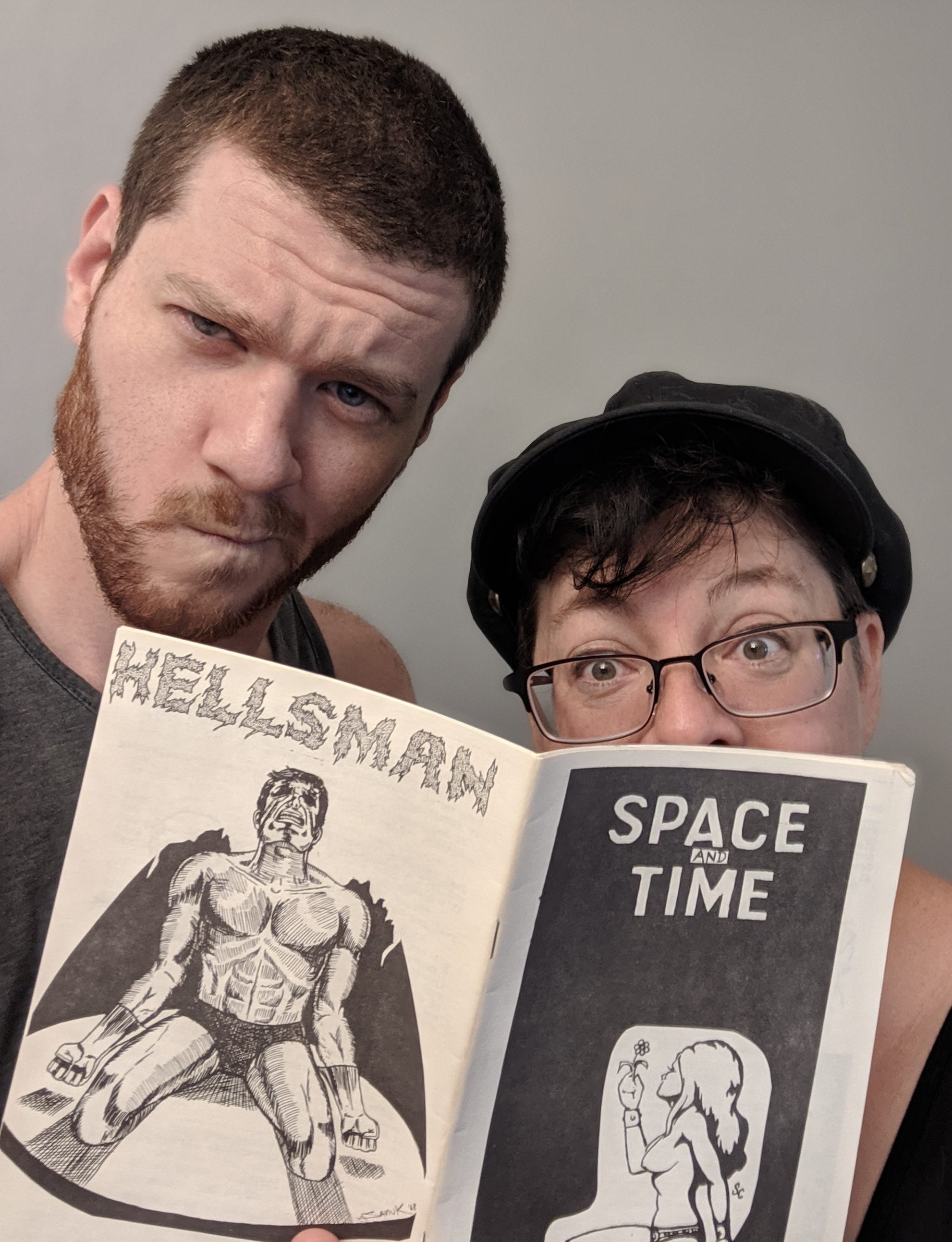 Throw back Thursday (#TBT) is turning out to be good for R.A. Smith and me. We’re discovering so many surprises in these vintage back issues. This week’s bombshell?

Gene Simmons (a.k.a. Gene Klein) did some illustrations for early Space and Time. Way to go, Gordon Linzner!

Even crazier? I tweeted about it this week and Gene Simmons replied! I invited him to do another illustration for Space and Time but he hasn’t said anything else.

I suspect he may be researching restraining orders just in case, so I’m just letting him think about it. We

know he wants to draw for the magazine… who wouldn’t? You can find the infamous illustration of the week on page 15. You can get your own digital copy here.

Turns out Gene Simmons of Kiss isn’t the only music celebrity in issue number 5. Simmons’ drawing was inked by Stephen Coronel, a guitarist and former member of the American rock band Wicked Lester. He co-wrote a handful of songs that would later be recorded by Kiss, including “She” and “Goin’ Blind.” 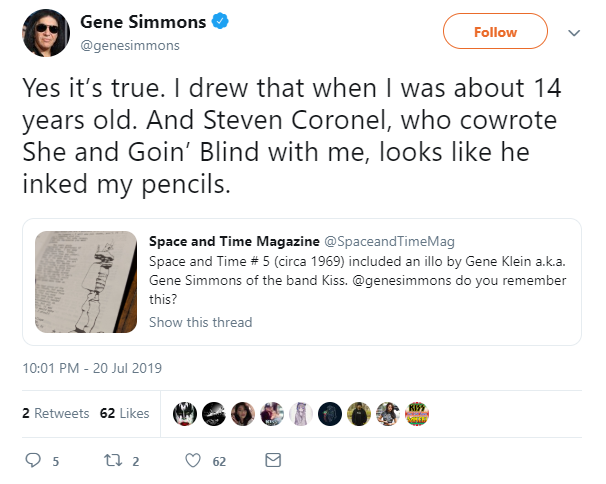 Famous rock musicians aren’t the ones in S&T #5. This issue also includes stories by Gordon Linzner, Al Saviuk and a flash fiction by a new writer on the scene: A. Filler. I didn’t know “flash fiction” started in the late 60s… just more evidence of how cutting edge S&T has always been. On another note, I enjoy A. Filler’s succinct, tongue-in-cheek style. I wonder if we will see more of him?

Here are the details of this issue: 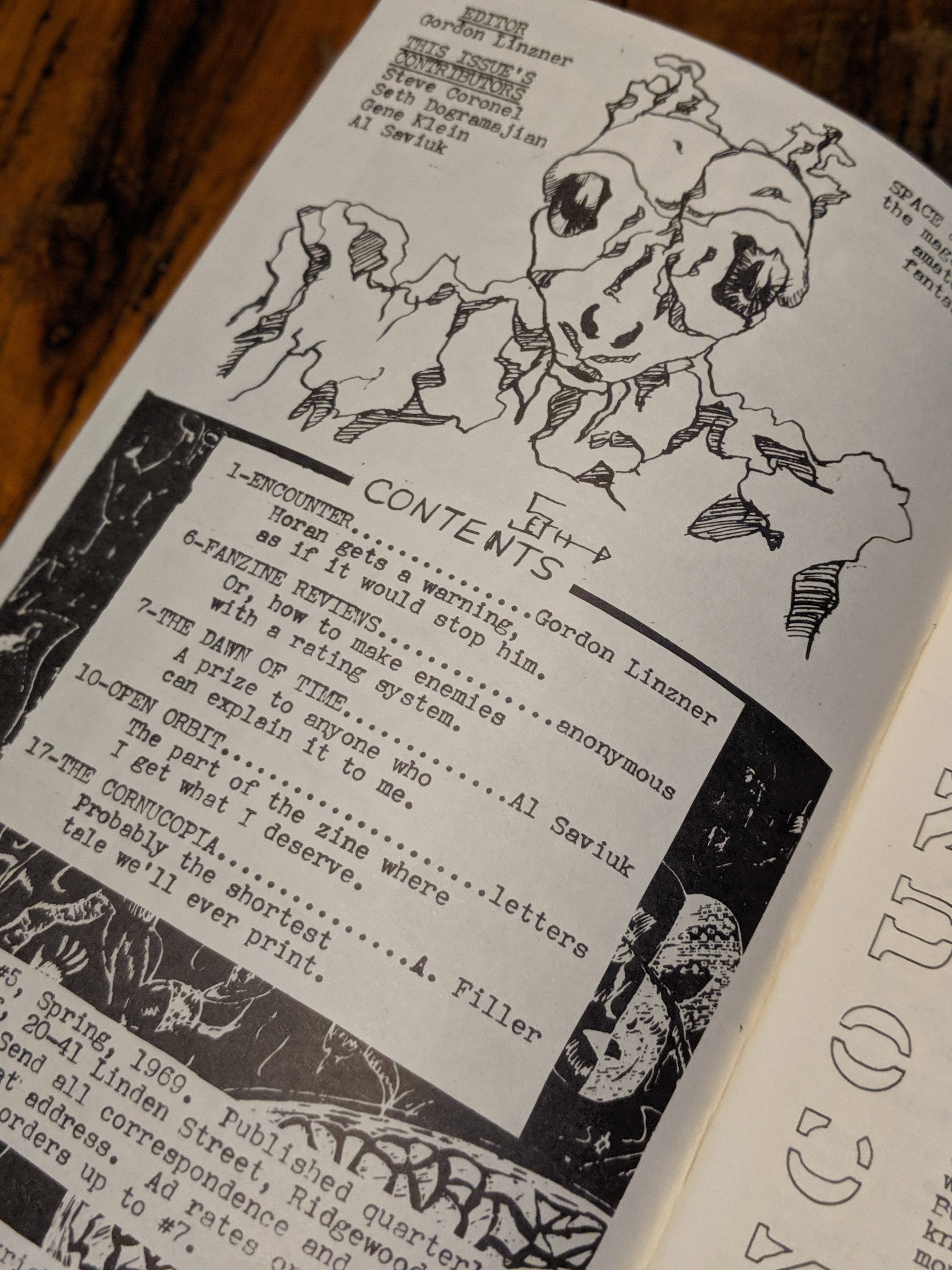