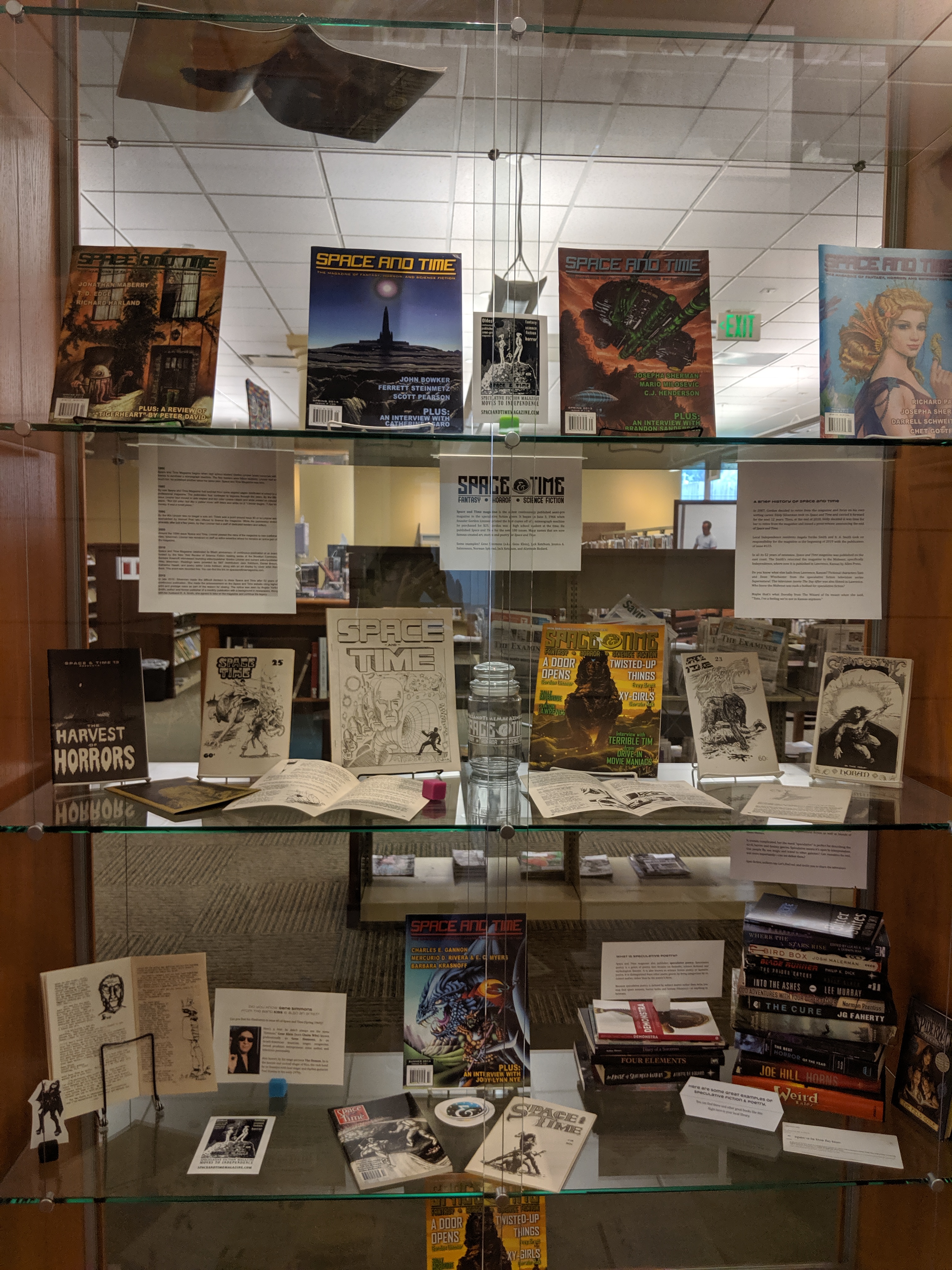 If you stop by the North Independence Branch of the Mid-Continent Public Library you can enjoy a display of Space and Time magazine history. The library has graciously allowed us the use of an entire display case in the entrance to share some of our memorabilia. With 53 years of history behind the magazine, there’s a lot to share.

Included are fan letters sent to founder Gordon Linzner from the beginning, vintage flyers, bookstore requests, original issue #3 from 1968, actual magazines from across the five decades, original issue #5 opened to a 14-year-old Gene Simmon’s (a.k.a. Gene Klein) illustration and a display of speculative fiction and poetry books with an explanation of what the genre is. 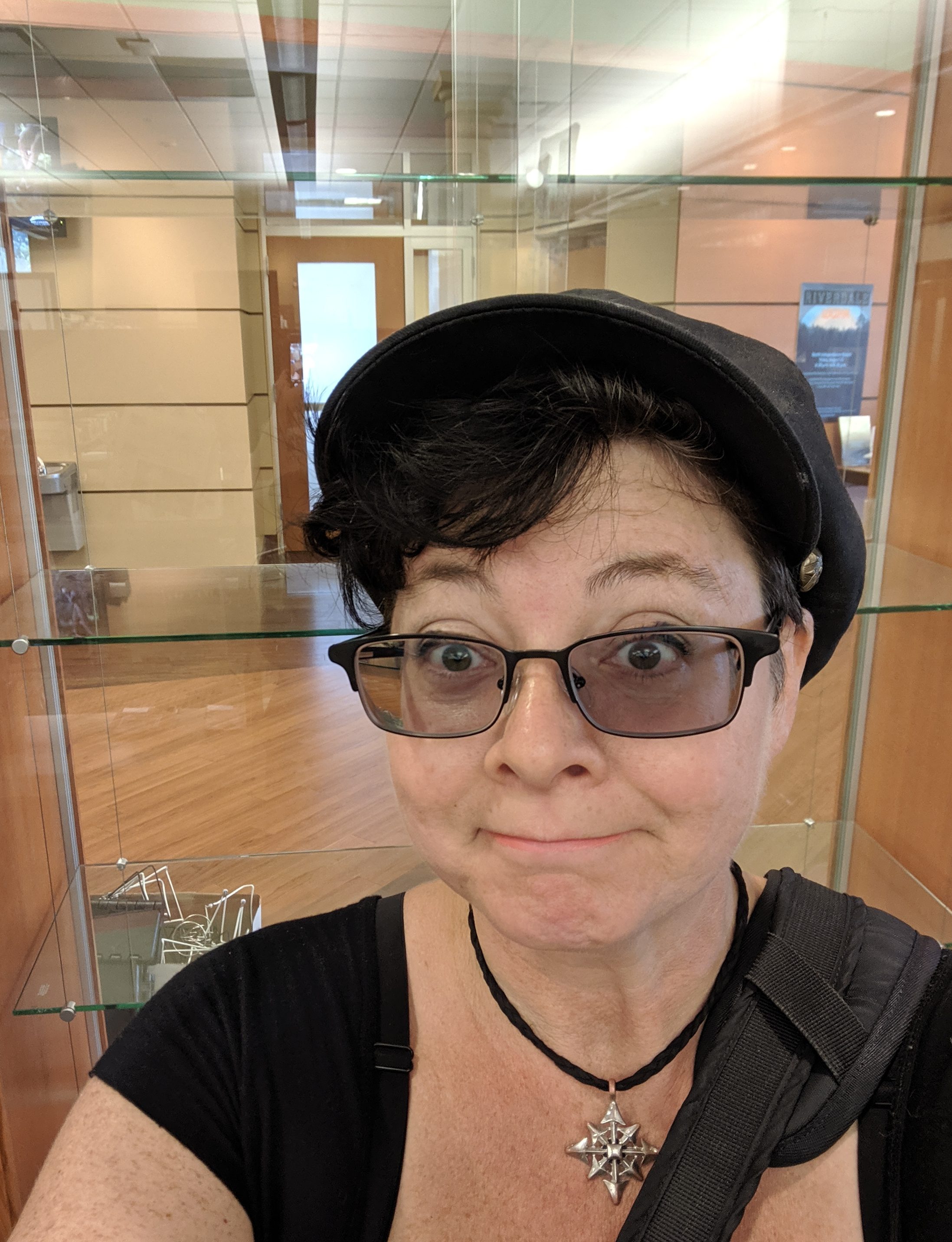 So many shelves to fill…!

It was fun to put together, and we have so much material on hand, I may look for someplace to do another Space and Time history exhibit.

If you stop by and see the display, share a photo on Space and Time’s Facebook! I’ll be posting an album of the display as soon as I get more photos. Visit the magazine’s Facebook here.

Special thanks to the  North Independence Branch of the Mid-Continent Public Library for allowing us the space. The exhibit will be on display until October 1.

A Brief History of Space and Time

Space and Time magazine is the oldest continuously published semi-pro magazine in the speculative fiction genre. It began on June 3, 1966 when founder Gordon Linzner printed the first copies off of a mimeograph machine he purchased for $25. Gordon was a high school student at the time. He published Space and Time for the next 100 issues. Many names that are now famous created art, stories and poetry for Space and Time.

Local Independence residents Angela Yuriko Smith and R. A. Smith took on responsibility for the magazine at the beginning of 2019 with the publication of issue #133.

In all its 52 years of existence, Space and Time magazine was published on the east coast. The Smith’s relocated the magazine to the Midwest, specifically Independence, where now it is printed in Lawrence, Kansas by Allen Press.

Maybe that’s what Dorothy from The Wizard of Oz meant when she said, “‘Toto, I’ve a feeling we’re not in Kansas anymore.”