Ever want to know what it’s like to work at an Amazon factory? I can’t really say because I’ve “executed a Confidentiality and Invention Assignment Agreement with the Company.” Fortunately, there is always a way to tell the truth through fiction. This tale is written for so many others that remain silent.

This is another of my assignments for the Horror Writer Association’s online writing workshop. The workshop has been an excellent experience to expand my portfolio as I try new things.

This assignment was inspired by my recent factory experiences.

No one knew the Asian girl’s name when she came to the factory, but that wasn’t unusual.

The work walls were populated by non-English speakers from around the world. It was the United Nations of unskilled labor. Droves of workers in every shade of skin and culture crowded together to pack boxes for shipping. For many of them, the products they wrapped in bubble wrap and encased in cardboard were unheard of luxury back in their home lands.

The nameless Asian girl was one of many that were hired. Teaching how to pack a box didn’t require any linguistic mastery. She was shown where to get the items, where to get the boxes and where to put them after they were packed. Her paycheck came on a pre-loaded debit card with the name Noi Vatsana in raised letters. No one ever read the name, including her.. She was happy and always made her rate quota. Her manager was happy with her. No words were needed to pack plates into boxes.

The factory wasn’t the worst of its kind, but the focus was on numbers and productivity over people. The Human Resources department was there to keep humans as resources, not resolve complaints or convey information. Since such a minority of the workers could voice a complaint to the English speaking HR staff, everyone just focussed on clocking in, staying on their feet throughout the night, and clocking out to sleep—until the night the tornado came.

Noi was in her pack wall when sirens started blaring throughout the building. The factory was always noisy, but these metallic shrieks deafened any of the usual industrial din. Sensing danger, the workers panicked and started pushing in the narrow aisles. Managers showed up on the catwalk, gesturing for the churning masses to follow them. Most did, charging up the stairs and surging across the metal walkway suspended on wires.

The lights flashed off, and dim back up generators struggled to work. The ever present whirring of the conveyor belts ceased along with the screaming sirens. The generators pushed, managed to return the light for a few seconds and then failed again. The factory floor was shrouded in silent darkness. 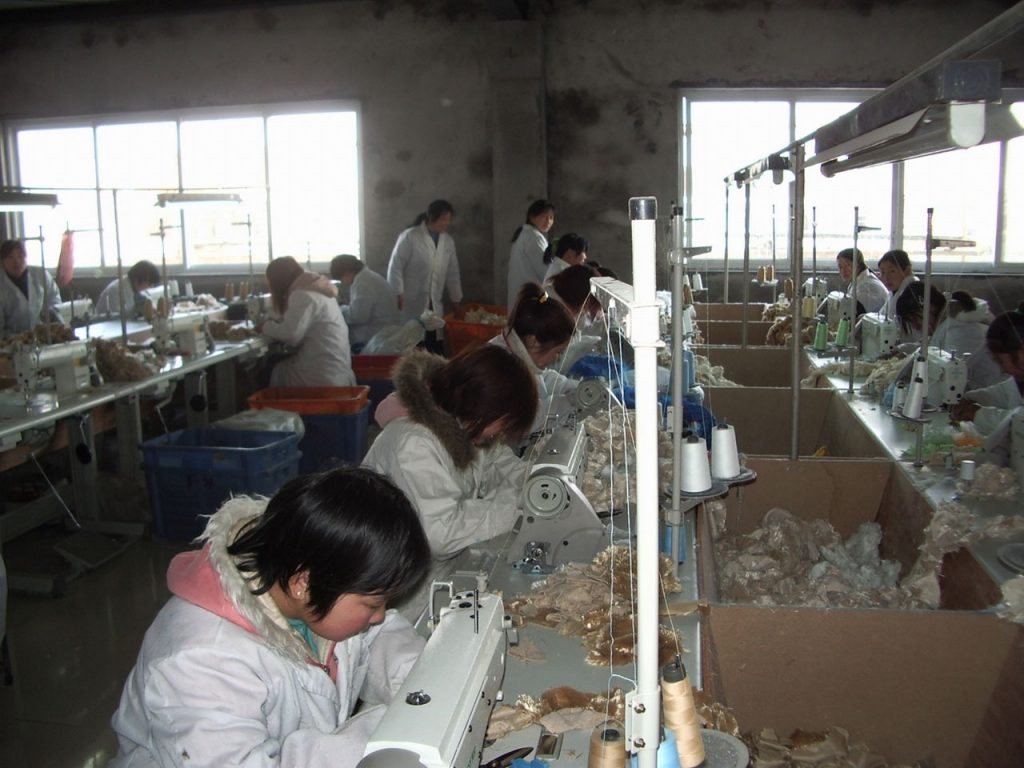 The workers froze, crowded on the swaying platform and clutched the rails with whitened knuckles. Those that had managed to make it over the catwalk squatted in the hallways, feeling safer with their feet on concrete and metal against their back.

There was no silence in the factory, despite the powerless equipment that now lay still in the black shadows. Above the whispered prayers and quiet sobs, the sound of a colossal train filled the factory.

Noi didn’t make it out of the pack wall. As the noise eclipsed everything, she groped in the dark for shelter. The metal roof overhead groaned as vicious winds struggled to peel it back. The sound filled her with dread. Just such a sound had overwhelmed her small town and taken most of it away into a typhoon when she was a teenager. It had taken everything, including her family.

She crawled along the floor, scattered with dropped boxes and broken dishes that hadn’t been bubble wrapped before the stampede and found a safe spot under a conveyor belt. She curled up as tight as she could, heart beating loud enough in her ears to almost drive out the roar of doom that engulfed the building.

Her long hair came untied, the only thing she had been able to keep after the typhoon struck her home. Her mother had loved to stroke it, braiding it into complicated crowns woven with flowers. Noi kept her long hair hair since, a mute wish that her mother would return to braid it again. Unrestrained, now it was just a nuisance as it stuck to her sweaty skin.

Above her, the prayers had grown louder, competing with the storm outside to catch a god’s attention. Many gods were called that night from all faiths. As the building twisted in its foundations, their voices rose together in a cacophony of tongues that bounced against each other. The rhythms and inflection were as varied as the products they packed every night but they all understood each other perfectly. No words were needed for them to call on the divine.

As soon as it started, the noise ceased. At first, the silence was as terrifying as the tornado’s passing, but the realization that they had made it through the storm soon took hold. The backup generators suddenly kicked on, flooding the factory with light again. The usual noise, now comforting, filled the building as the belts and chutes kicked back into movement. The workers cheered, hugging each other and crying. They had survived.

Noi was relieved to see the lights and hear the cheers. She crouched to all fours, crawling from her hiding place. The static electricity made her hair float around her face in a dark, shimmering halo. She emerged onto the lighted floor, and paused to examine the chaos of broken crockery littering her path.

Behind her, the empty conveyor belt searched for purpose. A few strands of her hair floated towards the rubber, drawn by the vacuum of air it created. The belt eagerly seized upon the new task and pulled the strands in closer. Noi’s head jerked back and she yelped.

Closer, more of her long hair joined in the game, allowing themselves to fall into the conveyor’s spell. Her head was pulled toward the belt, her silky locks taking the shortest route to join their neighbors. Some of the hair covered her face and neck, pulling her back under the belt with ruthless efficiency.

Her screams were drowned out by the cheering workers and blended in with the mechanical drone of the equipment. Upstairs, the managers said their own prayers of thanks and ushered the workers back down the stairs and into their pack walls. Nothing was damaged, nothing was necessary except to clean up and get back to business as usual.

Noi’s stall remained empty. When her manager noticed, he only frowned and made a note of the time so her pay would be docked. He assumed she had left in fear after the storm and went on with his checklists. The foreigners don’t have the same work ethic as Americans and are always sneaking off, he thought to himself.

To the contrary, Noi’s dedication to the factory had become commendable. She lay under the conveyor belt for six hours before she was found by the mechanics doing equipment checks. They found her there, dangling beneath the belt like spider food, strangled in her own hair.

No one knew who her next of kin was, and her hiring papers were found to have missing information. Her pay to date was donated to a charity for Lao orphans and the matter was forgotten. The factory took no liability for the incident because each worker was required to keep their hair tied back for their own safety. 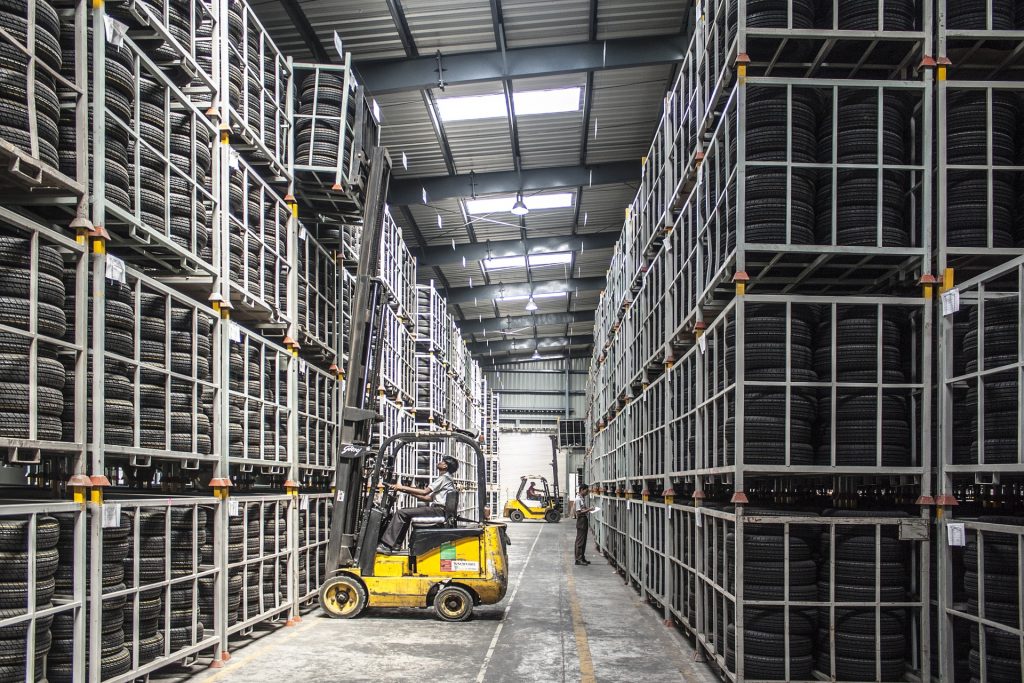 The years passed but the worker mix remained the same, linguistic melting pot it always had been. Very little communication passed between the people that populated the pack walls, but some things were understood regardless.  Don’t let the managers catch you napping. Don’t drop the glassware… and don’t go alone near the conveyor belt on wall 16.

Sometimes, when passing, silken filaments of black hair would float on the mechanical breezes to stick on sweaty skin. The temperature was always cold there, but no one took advantage to escape the factory’s heat. In the constant whine of the machine, sometimes a young girl’s voice could be heard crying and calling out in strange words.

In the late, late hours when the drone of the machines became white noise the workers could drift off to, the entire wall would jerk to alertness from the sound of a colossal train filling their ears. They all understood there was something very wrong with the equipment behind them. The information was shared in subtle looks and furtive hand signs of protection.

No words were needed.

Angela Yuriko Smith is an American poet, author, and publisher with over 20 years of experience in newspaper journalism. She is a Bram Stoker Awards® Finalist and HWA Mentor of the Year for 2020. She co-publishes Space and Time, a publication dedicated to fantasy, horror and science fiction since 1966. Join the community at spaceandtime.net
View all posts by Angela Yuriko Smith →
This entry was posted in #AMWRITING, #KCLocal, #MakeItLocal, #ReadLocal. Bookmark the permalink.

4 Responses to “No Words Needed”