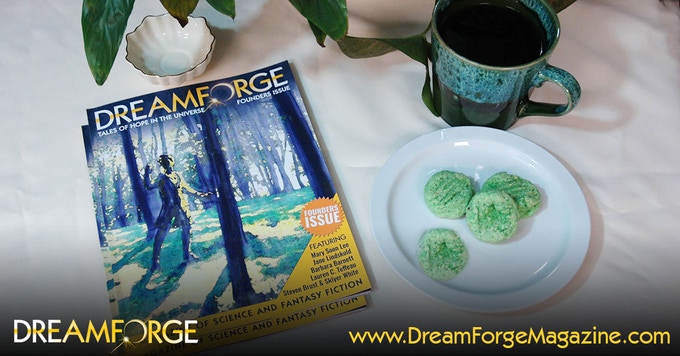 For those looking for positive science fiction and fantasy, there is DreamForge magazine. They recently celebrated a successful launch and are now in full swing. What can you expect from DreamForge?

In their own words from their website… “fiction and commentary that embody… integrity and decency, compassion and creativity, intelligence and inventiveness…”

I recently got in touch with publisher Scot Noel to find out more about this important new publication. Scot, along with partner Jane Noel are, in their own words: “life-long geeks whose eclectic tastes in reading are well steeped in the worlds of SF and Fantasy.” Sound like good people to me—see for yourself.

AYS—You just launched DreamForge magazine on February 14, but you’ve been writing much longer than that. How did you start?

Scot Noel—Oh, my! I was telling myself stories before I learned to read. I can remember playing in the sandbox with clothes pins, except the clothes pins were explorers and the sand was an unknown land.

When cartoons like Space Angel and Johnny Quest caught my attention, not to mention the original Outer Limits, I became a lifelong Science Fiction and Fantasy fan. I was a shy kid, and the attraction for me was always story. What worlds and possibilities could I imagine that were different from the life that I was living?

The first stories I wrote were journal entries, written on behalf of my toy spacemen, little plastic heroes who were busily exploring the backyard, the basement, or whatever far flung alien environ the neighborhood had to offer. Sophomore year in High School introduced me to the typewriter. I hated typing with a passion and was terrible at it. The only good I could see coming from it was to write imaginative adventures using that horrible machine.

I’m pretty sure I failed the class, but by finding an engaging and imaginative outlet for key punching, I also found my most useful skill in life — word wrangling. Every job I have ever had involved writing, editing, and content development. Somewhere along the way, I also learned to type like the wind.

As I grew into young adulthood, I submitted to fanzines and small press magazines and had some limited success. My daring submissions to the big stalwarts like Analog, Asimov’s, and The Magazine of Fantasy and Science Fiction did not find purchase, but I collected some nice rejection letters. Then it was time to get a job, and I left fiction writing behind for a while.

AYS—In 1990, your short story, “Riches Like Dust,” was selected for the Writers of the Future anthology, Volume VI. Can you tell me about that experience and what it meant to you as a writer? 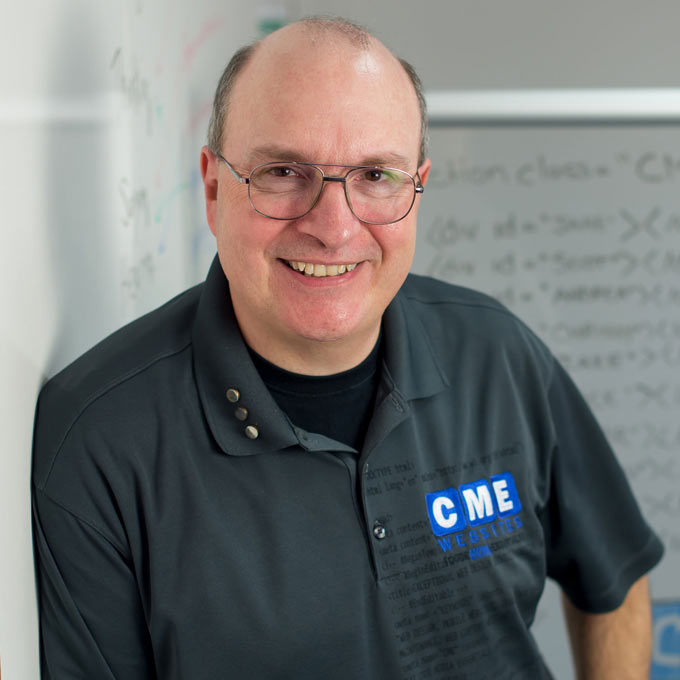 Scot Noel—I was in my mid-thirties and working as Director of Operations and Planning for a local transit authority when someone told me about L. Ron Hubbard’s Writers of the Future contest, and I submitted a story. I don’t remember what that first submission was, but I made it to the semi-finals, and that seemed encouraging, so I tried again the next year and won a second-place award for “Riches Like Dust,” an early tale of nano-technology.

I had no idea what to expect, and so the follow-through from Writers of the Future was overwhelming. The pay was great, and part of the award was being flown out to Las Vegas, both to attend a writers’ workshop taught by Algis Budrys and then the Awards Ceremony itself.

Everyone involved was truly supportive and Algis was an amazing teacher, making the event one of those once-in-a-lifetime memories. I even came away with a life- time friendship with one of the other writers, James Verran from Australia. We still correspond often, we’ve written some stories together, and you’ll be seeing some of James’ work in the pages of DreamForge this year.

Writers of the Future definitely changed the course of my life. Of course, it wasn’t in the way I expected. As you can imagine, I was wondering if a career as a novelist lay ahead and what that would be like.

Instead, the publicity WOTF helped arrange for me caught the attention of a local computer gaming company, DreamForge Intertainment. They needed a writer for game interaction text, game manuals, and -in those days- the novelettes and novellas that they included with each game to help set the story. It sounded like a lot more fun than managing public transportation, so I switched careers.

DreamForge was growing rapidly when I arrived, and my duties evolved very quickly. I was writer and voice director, then associate producer, and finally project manager. I was privileged to work on early games like Darkspyre and The Summoning, and then on Dungeons & Dragons titles like Ravenloft: Strahd’s Possession, Ravenloft: Stone Prophet, Menzoberranzan, and Dungeon Hack.

There were award-winning and cult classic games too, like Veil of Darkness (I still occasionally get fan mail for this one), Sanitarium (Stephen King mentioned it in The Girl Who Loved Tom Gordon), and Anvil of Dawn (1996 role-playing game of the year).

I also met my wife, then Jane Yeager, at DreamForge, and we both worked with Roger Zelazny and Jane Lindskold on Roger’s game Chronomaster, resulting in a life-long friendship with Jane Lindskold.

In 1999, my wife Jane founded her own company, Computers Made Easy, Inc. I joined her in 2001, and we’ve been working together at that ever since. Today, CME has evolved into a web, software development, and digital marketing agency called Chroma Marketing Essentials.

So, you can see, it’s easy to say Writers of the Future changed my life around entirely.

AYS—Publishing a magazine is a big jump from what you were doing. What prompted the idea of DreamForge magazine?

Scot Noel—Insanity. I don’t know. The longing for one last, life-changing adventure, and along with it the desire to put something meaningful into the world. I explain the impetus in an essay I included in our Founders’ Issue, entitled “Whose Crazy Idea is This Anyway?”

It goes in part: There is an absolutely brilliant episode of the Netflix anthology TV series Black Mirror. “Metalhead” is filmed entirely in black and white. It follows the plight of a woman fleeing from dog-like killer robots after the unexplained collapse of human society. Spoiler alert: the humans don’t make it.

I could write an entire piece about how tightly paced, well-directed, and viscerally frightening this episode is. I gave it a standing ovation. The only problem is, it’s wrong. Civilization is not going to collapse, and if it suffers a body blow from nuclear war, climate change, asteroids, plague, or killer robots; it will quickly rebound.

Those familiar with Star Trek’s canonical timeline know that between us and Starfleet lie the eugenics wars and a near civilization ending nuclear conflict. Why today, when we could be telling ourselves stories of how to first weather and then overcome the challenges ahead, are we focused on defeat? The future used to be bold and daring. To quote Captain Kirk, “Risk… risk is our business. That’s what this starship is all about. That’s why we’re aboard her!”

In sure you’ve noted by now the correspondence between the gaming company and the name of the magazine. That was not immediate. Well into planning, the magazine was called “Absolute Infinity,” but no one liked that masthead very much.

With Jane Lindskold joining us as our Senior Advisor & Creative Consultant, we thought back fondly to the days we met. Since DreamForge Intertainment, the game developer, has been defunct for many years now, we decided to become DreamForge Press, LLC, and to name our magazine DreamForge too!

AYS—Now that DreamForge is up and running, how do you think it will affect your personal writing?

Scot Noel—I hope it will spur me to create some new and hopeful fiction that will help guide and support the mission I’ve given the magazine of providing “tales of hope in the universe.” Of course, there is every possibility the magazine will overwhelm me and give me little chance to write much new fiction at all. I guarantee you unexpected and magical adventures will occur, because they already have. The opportunity for this interview is but a single example.

AYS—Tell me about your current issue. Who can we expect to see in your pages?

Scot Noel—Our mission is to fight the dystopian mindset prevalent today. Which is not to say our stories are utopian or Pollyannaish. They simply express, in one way or another, a focused set of themes and values:

“Our goal is to publish fiction and commentary that embody, in one way or another, these essential principles: integrity and decency, compassion and creativity, intelligence and inventiveness, the rule of law and liberty under the law, the dignity of the individual, and the power of synergy to unleash the potential of disparate individuals and communities for the betterment of all.

In all worlds and times, our tales revolve around those individuals and groups who bring meaning and value to the world, whose actions are of consequence, and whose dreams are the vanguard of things to come.”

We explore aspects of hope, not always in flattering ways; the power of empathy and relationships, the value in overcoming obstacles, the unforeseen results of heroic action, even the end times of humanity, all kinds of things, as long as the values of reason, empathy, and positive action are part of the story’s DNA.

We are not a happy ending factory; we simply believe the Human Adventure is just beginning. Our first issue includes works from:

Our second issue is well underway, with 19 stories under contract, led by a reprint of a great David Weber story “A Certain Talent,” set Jack Williamson’s Legion of Space universe and featuring that master thief and hero of humanity, Giles Habibula.

Of course, we’re just as excited about our illustrators! We’re proud to feature work from:

AYS—What are you up to now, and more important, where can fans find you, DreamForge and your books?

Scot Noel—We’ve just accomplished a successful Kickstarter, reaching 218% of our initial goal. We’re now focused on developing Issue # 2 and laying the groundwork for Issues #3 and #4. We’re committed to producing 4 issues this year and then evaluating where we’re at and what our subscriber base will allow us to budget for 2020.

We also have a web presence that includes both a traditional website and a readers’ portal with some interactive features, including rating stories and keeping story notes in your own personal reader’s dashboard.

My own production of fiction has been sporadic at best over the years, with a magazine or anthology appearance here and there, usually quite a few years apart. Whether DreamForge changes that much or just engages all my time as publisher and editor-in-chief, time will tell. I do have an e-Book available on Amazon called The Stellar Glory.

We look forward to becoming a hopeful voice for positive Science and Fantasy Fiction.

Angela Yuriko Smith is an American poet, publisher, and author with over 20 years of experience in newspaper journalism. She co-publishes Space and Time magazine with author husband Ryan Aussie Smith. For more information visit SpaceandTime.net
View all posts by Angela Yuriko Smith →
This entry was posted in #amreading, #MakeItLocal, #PeopleCollection, #Poetry, #ReadLocal, #Reviews and tagged DreamForge. Bookmark the permalink.